Caabu Letter in the Financial Times about dangers of Israeli spyware

Caabu Letter in the Financial Times about dangers of Israeli spyware, 29 November 2021 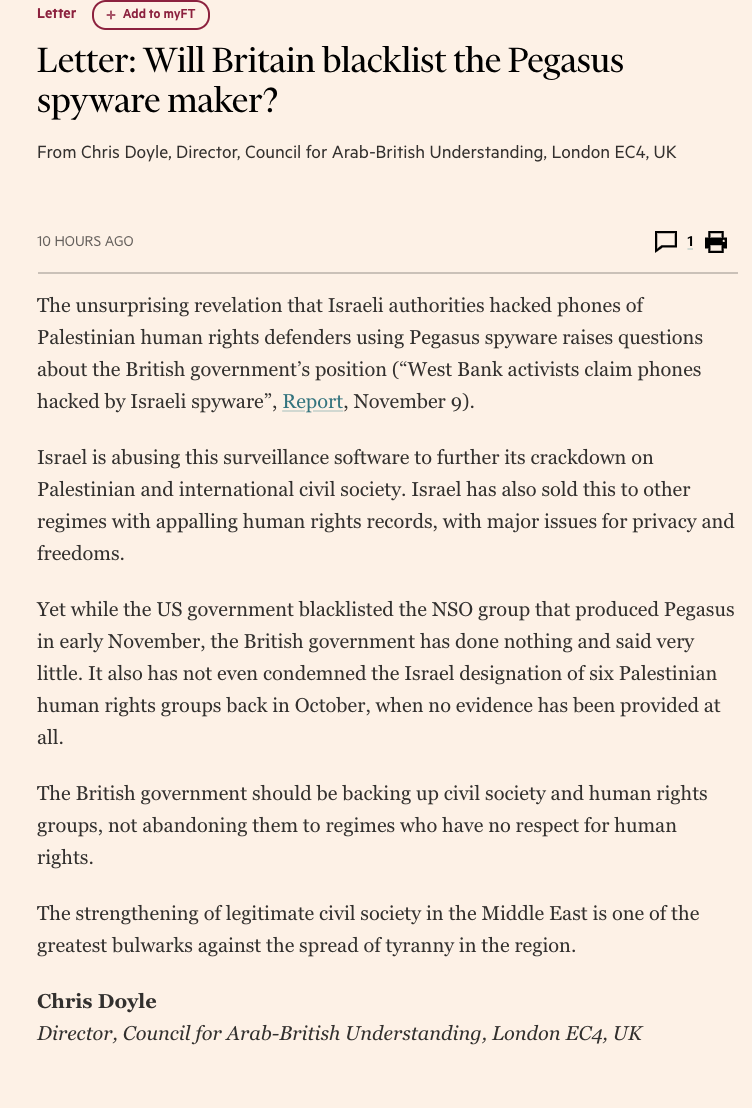 Israel is abusing this surveillance software to further its crackdown on Palestinian and international civil society. Israel has also sold this to other regimes with appalling human rights records, with major issues for privacy and freedoms.

Yet while the US government blacklisted the NSO group that produced Pegasus in early November, the British government has done nothing and said very little. It also has not even condemned the Israel designation of six Palestinian human rights groups back in October, when no evidence has been provided at all.

The British government should be backing up civil society and human rights groups, not abandoning them to regimes who have no respect for human rights.

The strengthening of legitimate civil society in the Middle East is one of the greatest bulwarks against the spread of tyranny in the region.