16 UK-based humanitarian, development, human rights and faith organisations working to support the rights and welfare of the Palestinian people condemn the Israeli Government’s shocking decision to declare six Palestinian civil society groups as ‘terrorist organisations’. We call on the International Community to publicly reject this move to obstruct the essential work of these organisations, and to continue supporting them.

The organisations targeted fulfil crucial roles in civil society, such as:

This announcement follows years of relentless delegitimization of civil society groups who seek to expose and end human rights violations. Groups such as Al-Haq and Addameer are critical of human rights abuses conducted both by the Israeli Government and the Palestinian Authority. We note that according to the UN Human Rights Office in the occupied Palestinian territory, last Friday’s decision published by the National Bureau for Counter Terror Financing of Israel “lists extremely vague or irrelevant reasons, including entirely peaceful and legitimate activities such as provision of legal aid and ‘promoting of steps against Israel in the international arena’”. We are concerned about the impact this decision will have on children and Palestinians across the occupied Palestinian territory.

Save the Children UK 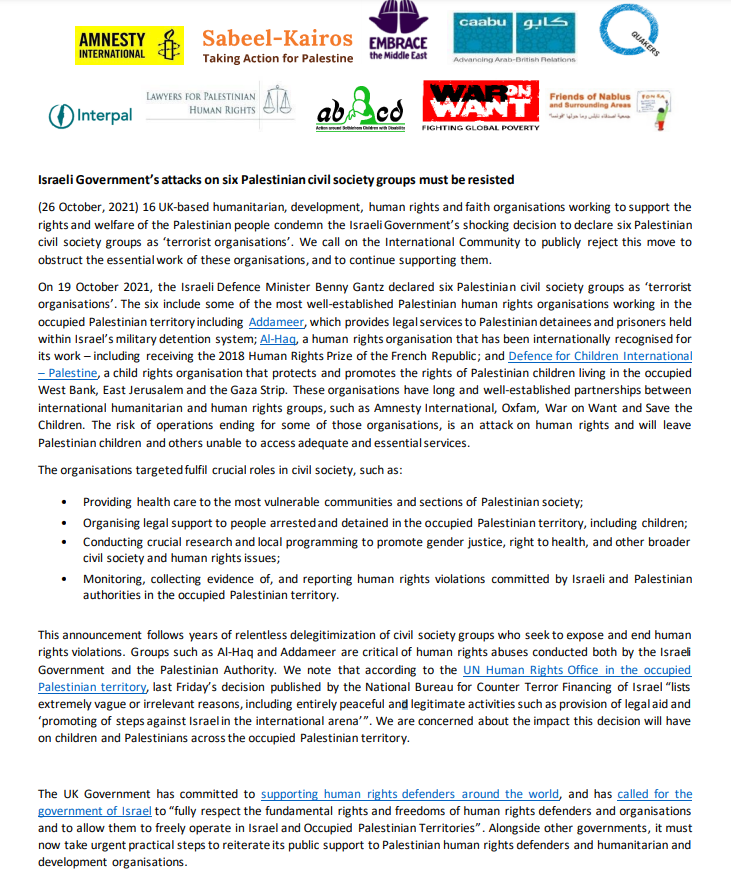